Finished
After closing in 1996, the old spinning mill was transformed step by step. During planning phase a vision of multiple uses was developed. The azireal AG functioned as an area developer, builder, construction manager as well as a seller and management organisation. In 2002 the restaurant sagibeiz was inaugurated in the old sawmill at the Lake Walen and later it was complemented with the sagisteg. During the 1st and the 2nd stages in the "old building" (year of construction: 1836, 1862) loft, the lofthotel, studios, premises and workshops were created. During the 3rd stage the "new building" of the 70s was converted into lofts, studios, tennis/event hall, wellness and fitness room as well as a garage. Various breakers were renovated at the same time. 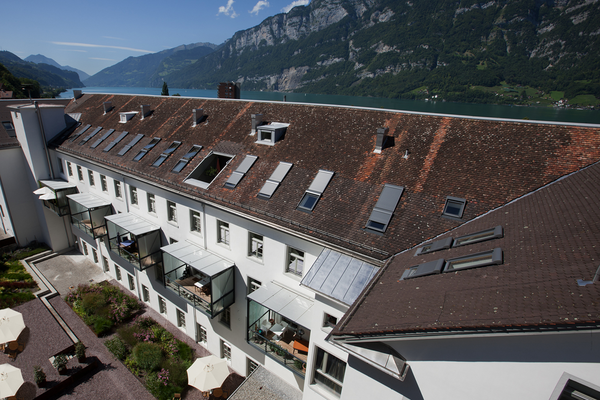 Further stages such as the former girls' home as well as the big warehouse at the lake are being planned. The azireal AG is again responsible for the project development, the construction management, the marketing and also acts as the building owner.

The old textile factory Stoffel in Mels, only 20 minutes by car from Murg, was taken over by the azinova group AG together with further conversion specialists. After an architectural competition a plan was created, focusing on lofts and studios in the existing factory buildings, which will be complemented with attractive apartments in new buildings. Community facilities like nature pool, sauna tower and a restaurant are part of the project. The project is being realised in 4 phases between 2016 and 2023.

The azireal AG is working together with the company imLotImmobilien AG for the development of the project and the distribution of the building responsibilities and is responsible for the marketing.

Former spice mill in Näfels GL Up to date

Since August 2020, azireal AG has been the proud owner of the former spice mill in Näfels. The properties, which are very centrally located in the immediate vicinity of the Näfels-Mollis railroad station, are to be preserved and revitalized in their expression and basic substance. The industrial architecture and the corresponding character should be preserved for the original buildings. Smaller commercial enterprises are to be settled, whose operators/owners will at the same time find unusual, attractive and characteristic residential units on the site.

The area is not to be "overused" so that the old factory and office building remain in the foreground. The building authorisation was submitted in November 2020. 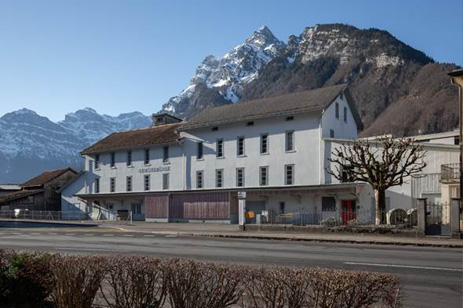 Finished
In a central part of Geneva a small old building was replaced by an attractive multi-family building.
The azireal AG was responsible for the project development, owner representation, marketing and management. 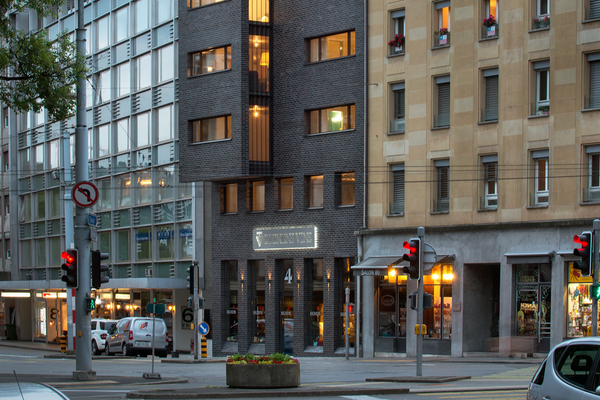